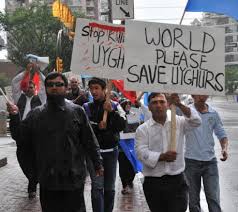 "Such an oppression is a blatant violation of human rights and international law," he remarked.

The human rights and International Covenant on Social and Political Rights have stated that every human being is free to practice his or her religious belief, so Uighur Muslims, who are majority in Xinjiang Province must have freedom to practice their religion's teachings.

The president of the Asian Conference on Religions for Peace (ACRP), has demanded that the oppression must be ended.

He also urged the Islamic Organization Cooperation (OIC) and the international community to help save Uighur Muslims and demand the Chinese government to give Uighur Muslims their human rights. The MUI's Advisory Board particularly asked the Indonesian Government to echo and channel the stance of Indonesia's Muslims by taking a firm stance against the Chinese government, and to defend Muslims in China.

He also appealed all Muslims throughout the world to give assistance to Uighur Muslims in any possible way.

Aljazeera reported that more than one million Uighur Muslims are estimated to be in detention in "counter-extremism centers" in China's far west, the vice chairperson of a United Nations anti-discrimination committee has said, citing credible reports. Gay McDougall made the comments on Aug 10, 2018, as the UN Committee on the Elimination of Racial Discrimination started reviewing China's record over recent years in the Swiss city of Geneva.

Members were "deeply concerned" about reported detentions of ethnic Uighurs and other Muslim minorities, which have "turned the [Xinjiang] Uighur Autonomous Region into something that resembles a massive internment camp that is shrouded in secrecy - a sort of 'no rights zone'," McDougall said at the start of the two-day hearing.

"Another two million have been forced into so-called re-education camps for political and cultural indoctrination," she was quoted as saying by Aljazeera. (Antara/Masdar)
Tags: Uighur Muslims
Bagikan: