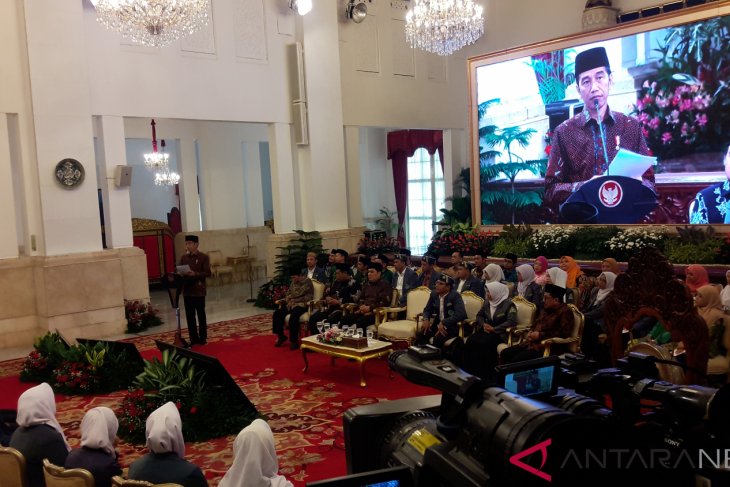 He said the theme 'Dignified Students, Great NKRI' is was great ideal and achievement of all the congresses. Through this congress, it is expected that various ideas of all IPNU-IPPNU members throughout Indonesia could become a positive contribution to the nation's development.

"We hope that this congress will gather our ideas as a positive contribution to the national development," Irfan said at the State Palace, Jakarta, Friday (12/21).

The man born in Ciamis, West Java, also asked the support of all parties, especially President Joko Widodo, so as to produce useful ideas for the nation.

"For this reason, we expect God blessings and the support of all parties, especially president (Joko Widodo)," he said, adding that the congress could "result in new ideas for the development of younger generation, especially Nahdlatul Ulama cadres."

"The IPNU-IPPNU Congress is opened in the State Palace. This is a new history Mr. president," he said, also praising president Jokowi who was considered fluent when he sang the so-called Syubbanul Wathan that is very popular for Nahdliyin. (Husni Sahal / Masdar)
Tags:
IPNU
Bagikan:
Rekomendasi