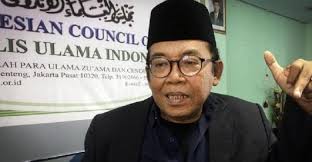 MUI
MUI
Bagikan:
Jakarta, NU Online
The Indonesian Ulema Council (MUI) spokesman Masduki Baidlowi clarified here on Thursday that the council has never proposed an adoption of hand cutting into the country's criminal law and legal system. The adoption of hand cutting into the Indonesian legal system has never been discussed by the MUI executive board members, he stated.

Hence, the Deputy Secretary General of Nahdlatul Ulama (NU) urged community members to not get affected by the issue and become provoked to get into arguments with one another over it, Baidlowi stated.

He further said Indonesia's legal system will have its own complexity if it were to be revised. Moreover, it was neither easy to speak about a certain legal product by claiming that it was MUI's proposal.

Hand cutting has become a hot issue and triggered a public discourse over the past few days following a recent statement made by the council's deputy secretary general, Tengku Zulkarnain, while speaking at the National Zikr Festival at at-Tin Grand Mosque on Monday evening (31/12/2018).

The cleric was quoted by Republika's news portal as saying that he and his colleagues were drafting a legal concept of hand cutting for thieves and corruptors in accordance with Islamic Law (Sharia).

The concept will be proposed to the House of Representatives after the convening of the 2019 Presidential Election in April. If the proposed concept were to be accepted, the thieves and corruptors in Indonesia would not be sent to jail.

Instead, their hands would be chopped off. Hence, the government should not allocate a budget of Rp4 billion per day for feeding the corruptors and criminals during their prison terms, Zulkarnain was quoted by Republika as saying.

He, however, was pessimistic that the House of Representatives would approve the proposed concept of hand cutting, as several legislators were arrested for allegedly embezzling state money.

In response to Zulkarnain's statement, Baidlowi said Zulkarnain had never discussed the proposed legal concept in his capacity as MUI's central executive board member.

"We are very surprised to hear his statement," he noted.

Baidlowi said Zulkarnain might have made the statement in his capacity as an executive board member of an Islamic organization, Mathla'ul Anwar, or in his capacity as a member of Jamaah Tabligh. To avoid a controversy in this decisive year ahead of the presidential election in April, he called on every individual to remain cautious and careful about his or her statement. (Masdar)
Tags: MUI
Bagikan: