Indonesian and Afghan NU committed to carrying out peace process 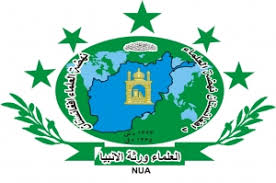 Deputy secretary general of Nahdlatul Ulama (NU) KH Abdul Muním DZ told NU Online here recently, saying that actually the Jokowi's government had initiated a peace effort, but on account of a pragmatic and purely political approach, it could not show meaningful progress.

"Even the step taken by the Indonesian Ulema Council (MUI) also reached a deadlock. Instead of being able to touch the grassroot level, the purposeful step was also rejected by the Taliban," he said.

According to Muním, the step taken by the gevornment of Indonesia seemed to be on the side of the government of Afghanistan, while the main actors of the opposition, the Taliban, refused it and peace process could no longer be continued.

"Moreover, the step just went away, without considering the one having been taken before, namely the initiative having been carried out by NU Indonesia and NU Afghanistan since 2012. Eventually it did not get support from moderate Sunni groups," he said.

By neglecting the NU role, the parties having been involved in any peace process also became hesitant, and raised questions, even been suspicious of the initiative. In turn, the peace process run slow and reached a deadlock. While every failure of peace means that there will possibly be more war increasingly claiming both military and civilian casualties.

"In such uncertain situation both NUI and NUA have made efforts to accelerate peace. Even this progressing step has directly involved moderate Taliban leaders in a dialogue to seek mutual understanding as an effort to explore their aspirations."

"In fact they have put their trust in NU, so when the process was restarted by NU, they welcomed warmly. Even some top Taliban leaders enthusiastically attended a dialogue held by NU Indonesia in Jakarta. This is a tremendous progress, especially in dealing dealing with the internal developments in Afghanistan in addition to being influenced by changes in international geopolitics," he added. (Masdar)
Tags: Nahdlatul Ulama
Bagikan: