NU calls on people build the nation in honest way 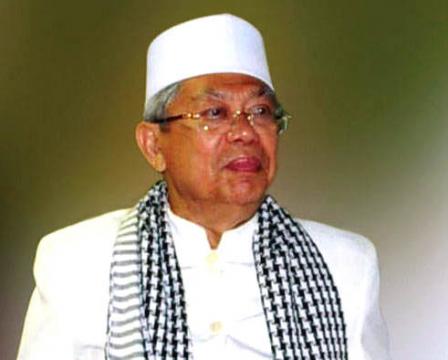 KH Ma'ruf Amin
KH Ma'ruf Amin
Bagikan:
Banten, NU Online
Senior cleric of Nahdlatul Ulama (NU) who is also the vice presidential candidate KH Ma`ruf Amin has called on people to build the nation great in ways which are honest and without slander and hoaxes.

Kiai Ma'ruf has called on people not to absorb information blindly with many hoaxes appears among the society.

"We should not believe in hoaxes, we should recheck every news we received," he said before thousand of Islamic school students, ulema, and Banten residents.

Indonesia must stand upright and strong, it could not be dissolved and extinct, KH Ma'ruf said.

"Indonesia is not a dinosaurs that can extinct like ancient animals. Indonesia was born through struggle. NKRI (the Unitary State of the Republic of Indonesia) is unnegotiable, salawat till we die, and repentance before we die," he continued.

He noted that anyone who try to destroy the nation would face Banten people. (Masdar)
Tags: KH Ma'ruf Amin
Bagikan: