RI rejects US' recognition of Golan Heights as Israeli territory 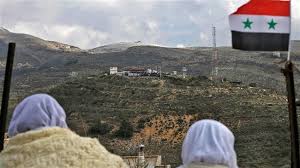 Syria
Syria
Bagikan:
Jakarta, NU Online
Indonesia has rejected the recognition of Golan Heights as part of Israel. Instead, Jakarta views that Golan Heights remains an inseparable part of the sovereignty of the Republic of Syria, Antara news agency reported.

In a press release published on its official website on Wednesday,  the Ministry of Foreign Affairs of the Republic of Indonesia revealed that Indonesia's vehement rejection is in line with the principles of the United Nations' Charter to continue to respect each nation's territorial integrity.

After US President Donald Trump signed the Golan Heights sovereignty decree on Mar 25, several other world leaders, including Turkish President Recep Tayyip Erdogan and Iranian President Hassan Rouhani opined that the United States has no authority to claim Golan Heights as an Israel region.

Unlike the United States, Indonesia has appealed to citizens worldwide to respect the international law and the Charter of the United Nations and to continue to be guided by the United Nations' resolutions relating to the support of peace process in the Middle East.

Israel seized the Golan Heights from Syria in the Six-Day War, also called the 1967 Arab-Israeli War, and has yet to surrender it back since then. (Masdar)
Tags: Syria
Bagikan: