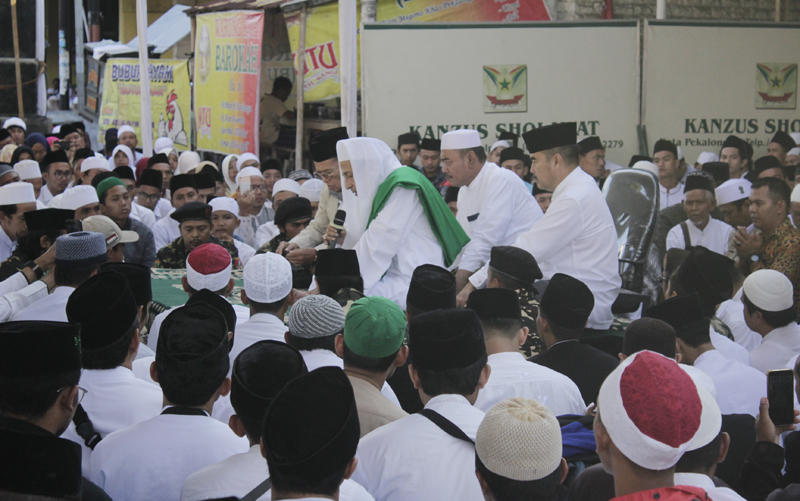 The prayers were guaranteed by tens of thousands of Muslims spilled over into the streets and resulted in the closure of Dr Wahidin road.

After the hadrah reading led by Habib Lutfi, the event was continued with the recitation of tahlil, shalawat, and dhikr and a brief religious sermon (tausiyah) led by Habib Lutfi who was also the chairman of the World Sufi Ulama forum.

In his taushiyah, Habib Lutfi apologized for all mistakes if there had been something unfavorable in the past years.

"Do not think that if ones have a high degree and dignity, they have no mistakes at all," he said here Friday (3/5), adding that there had also been many misusing their high position and rank for their personal interest and and other bad deeds.

Nevertheless, tens of thousands of Muslims came from various regions but were eager to attend the cleric held once every 35 days. (Muiz/Masdar)
Tags:
Habib Luthfi
Bagikan:
Rekomendasi