NU appreciates govt initiative to take up issues on Palestine 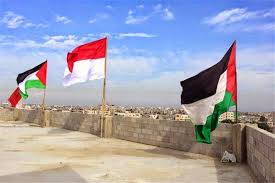 "As part of effort to build world peace, Indonesia must take a stand against any effort to underestimate Palestine and make sure to initiate any peace process in addition to voice the recognition of the state of Palestine," Deputry Secretary General of NU KH Abdul Muním DZ told NU Online here over the weekend.

Werdaningtyas affirmed that the Indonesian government remained committed to ensuring that its membership of the UNSC for the 2019-2020 term and chairmanship of the UNSC in May 2019 will facilitate discussion on the Palestinian issue and drum up support for Palestine at the UNSC.

"We will bring to the attention of the (UNSC) that the Palestinian issue has had an impact on international peace," she remarked.

Werdaningtyas highlighted Indonesia's resolve prior to an informal discussion "Arria Formula" on Palestine under Indonesia's chairmanship at the UNSC to be held at the UN Headquarters in New York on Thursday (May 9).

The informal discussion will lay emphasis on discussion on the construction of various illegal settlements by Israel occupying the Palestinian people's land. The discussion will prioritize legal and humanitarian aspects and stress the UNSC Resolution No. 2334 of 2016.