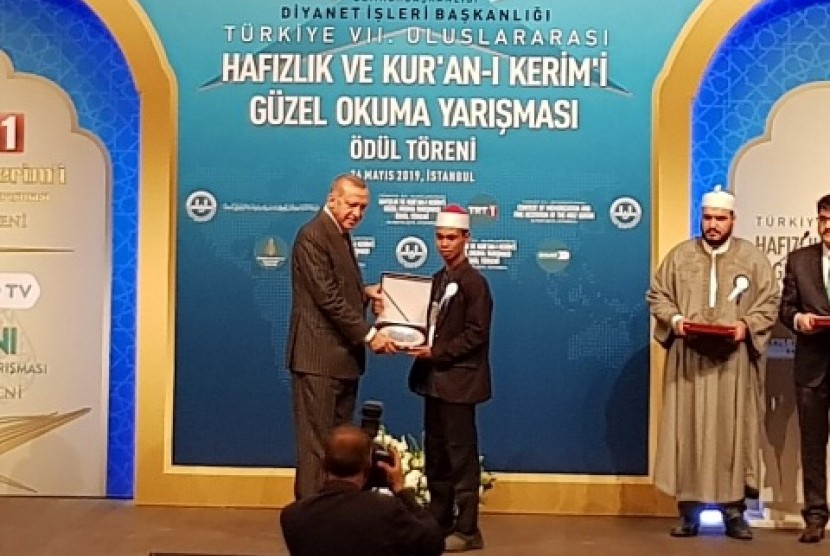 As reported by Antara news agency, Turkish President Recep Tayyip Erdogan even bestowed the highest accolade on Firdaus at an awards ceremony held at the Conference Hall of Camlica Mosque Complex in Istanbul recently.

The Indonesian reciter of the Quran was quick to highlight this achievement on his Facebook account on Sunday (May 26), expressing how happy and thankful he was to Allah, the Almighty, his parents, family, teachers, and friends.

"My heartfelt gratitude to my parents, family, teachers, and friends, who have prayed for me and supported me. Alhamdulillah (Thank Allah), among (participants from) 68 countries, I have been selected as the winner in the 7th International Quran Recitation Contest in Istanbul, Turkey," he wrote on his Facebook account.

Firdaus was born in Sila Rada Village, Bolo Sub-district, Bima District, West Nusa Tenggara (NTB) Province, on April 11, 1999. His father is a farmer, while his mother is a brick maker. He is currently studying Arabic Literature at the Faculty of Cultural Science at UI in Depok, West Java.