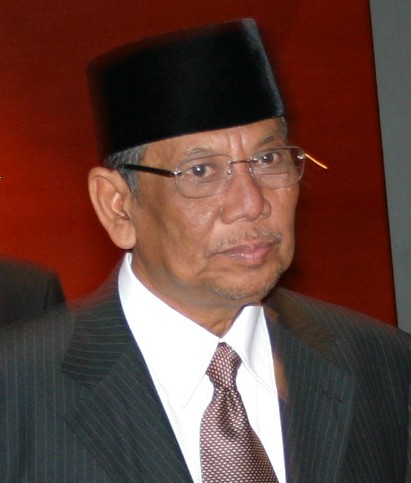 KH Hasyim Muzadi (HM): Thanks to Allah, the second International of Islamic Scholars (ICIS) has fully conducted and produced such important recommendations as an effort to uphold Islam as rahmatan lil alamin that could realize a globally peace and justice. The ICIS II was attended by more than 300 scholars from 54 countries, not only from the Muslim populous countries but also Muslim minority ones.

The ICIS II raised a theme “Upholding Islam as Rahmatan lil Alamin toward Global Justice and Peace”. This discussed into three working groups that each of them were discussing subtitle: global paradox: injustice and poverty; religiosity; economic, social, and educational movement: strategy for change. There were 41 scholars talking about the issues in the three working groups.

(HM): The second ICIS approved such a document “Program of Action to Uphold Islam as Rahmatan lil Alamin toward Global Justice and Peace.” It differs from plan of action approved in the first ICIS. The program of action consists of concrete agreements and clear objectives. It contains 17 opening paragraphs and 37 substantive ones.

(Rep): What did the ICIS II entrust to you as its Secretary General?

(HM): As part of a concrete agenda, as approved in the program of action, ICIS II has given a mandate to the Secretary General to assign such terms, at least six ones:

First, studying on practical steps to take as many advantages as possible of ongoing globalization to address political rights, economy, and to preserve Muslim culture.

Second, developing practical instructions as a means to resolve clash and conflicts that based on Islamic tenets.

Fourth, developing data base such as website, containing information of education, high instituites, scholarship, and grant for research in Islamic countries and others.

Fifth, developing frames of policy, promoting Islamic values and tenets in terms of issues related to human interest, such as an effort to develop human rights (HAM), democracy, education, health, and to wipe out corruption and forbidden drugs.

Sixth, a study on the possibility of establishment of a permanent secretariat of ICIS, located in Jakarta and affiliated as observer of any international organization including Organization of Islamic Conference (OIC) and United Nations (UN).

(Rep): What do you think about the achievements in the next ICIS?

(HM): It was a hope of the ICIS II’s participants that in the next ICIS it would have emerging concrete developments in accomplishing the mandate and other commitments, as contained in the program of action. These developments will expectedly be such a foundation of setting up a road map to the more concrete steps in special fields related to Muslim needs and interest as a whole, Insya Allah in the following third ICIS.