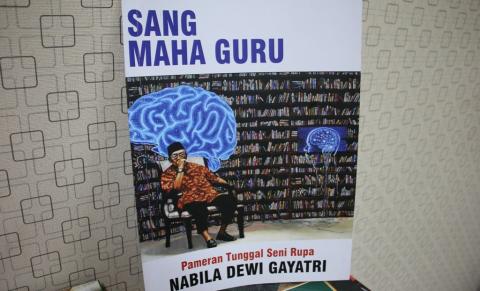 In the exhibition catalog there were Gus Dur's paintings with some NU prominent figures such as KH Said Aqil Siroj, Mahfud MD, KH Ma'ruf Amin, Minister of Religious Affairs Lukman Hakim Saifuddin and others.

Nabila explained, as a santri, the exhibition was aimed at commemorating the National Santri Day on October 24 and ahead of the ninth anniversary of the Gus Dur's death in the end of December.

"From Gus Dur I have learned many things, including courage in breaking through boundaries, becoming a person who is useful for others by daring to bear all the possible risks," she said here on Saturday (11/17).

The paintings, she continued, were not just to remember Gus Dur, but were also expected to have other like-Gus Dur figures.

"Indonesia is so big, plural, so many potential problems require the presence of protectors, is in need of people who are able to unite, (in addition to being capable of putting each group in a single bond," she explained.

Why is Gus Dur called Sang Maha Guru (supreme master) at the exhibition? According to Nabila, all this could be traced from the Mahfud MD's points of view that over the past century, there were four major figures who at the funeral ceremony were attended by millions of people namely Mahatma Ghandi (India, 1948), John F. Kennedy (United States, 1963), Ayatollah Khomeiny (Iran, 1989), and Gus Dur (Indonesia, 2009).

"Especially for Gus Dur, I saw for myself on December 30, 2009 people crowded on the side of the road shouting hysterically and crying when Gus Dur's body was taken from the RSCM to his residence. On December 31, 2009, I also saw people from various circles crowded from Surabaya to Malang when Gus Dur's body was taken from Juanda airport in Surabaya to Jombang, where he was buried," Mahfud said.

The event will be opened by Mrs. Hj, Sinta Nuriyah, the Gus Dur's wife and will be attended by a number of national figures. (Abdullah Alawi/Masdar)
Tags: Gus Dur
Bagikan: 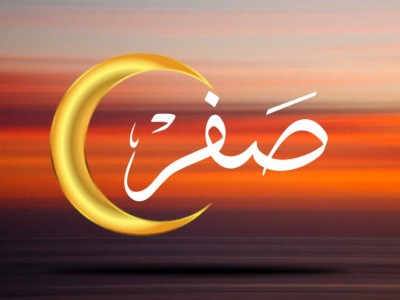