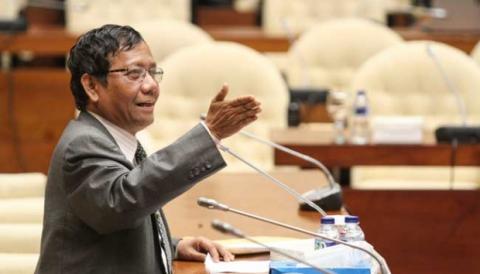 Because of her statement, Grace was reported by the Indonesian Muslim Workers’ Brotherhood (PPMI) for an alleged blasphemy by the group’s lawyer Eggi Sudjana.

However, the Adbisory Board of the Nahdlatul Ulama Scholars Association (ISNU) Mahfud MD said that the Perda Sharia or any regulation within the same corridor is prone to be used as a means of spreading discrimination. He further explained that it should mainly stop at being a civil law.

“Making a Perda for the civil law is a waste of time,” the former Constitutional Court chief justice  told Tempo over the weekend.

Around 12 years ago, two known Islamic figures in Indonesia had voiced their concern and refusal of such regional regulation. The two were the late Nahdatul Ulama Central Executive Board (PBNU) KH Hasyim Muzadi and former PP Muhammadiyah Leader Ahmad Syafi’I Maarif.

Back in 2006, KH Hasyim Muzadi openly refused the creation of a Sharia Perda and maintained that the Nahdalatul Ulama (NU) accepts the Pancasila (five State ideologies) as the sole principle. While Syafii Ma’arif issued a similar statement in 2006 that echoed Hasyim’s opinion.

Syafii argued that a Sharia Perda is not needed since Indonesia already has a Criminal Code (KUHP) that has the same principle. Both figures questioned why there is a sense of urgency to create the Sharia Perda and voiced their concern that it is an attempt to disunite Indonesia. (Masdar)
Tags: Shariah
Bagikan: