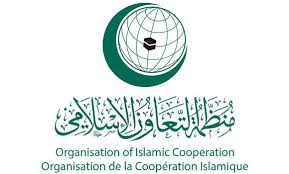 "We are concerned about the high mortality and morbidity in many OIC member countries," Moeloek stated at the First Meeting of the Heads of National Medicines Regulatory Authorities (NMRAs) of the OIC member states held here on Wednesday.

She noted that in 2015, infectious diseases constituted 30 percent of the causes of death in OIC countries. That figure far exceeds the mortality rate in non-OIC developing countries and in the world of 24 percent and 22 percent, respectively.

The minister pointed out that a number of OIC countries are still struggling to fight against the epidemic of infectious diseases, which are actually preventable. However, efforts to reduce the transmission of the disease are constrained by the low production capacity of essential drugs.

This condition is worsening due to the low access and availability of medicines, including qualified vaccines in some OIC countries.

Moeloek noted that the OIC countries, some of which are developing countries and left behind, need affordable, standardized, and safe medical products, including vaccines, especially to protect children from infectious diseases.

Most of the OIC countries also face challenges of availability of halal products, which are permissible by Islamic Law. These problems should be solved through various programs and good partnerships.

"The need for halal vaccines and drugs has become a challenge for the Islamic world. Through the cooperation forum, the drug supervisory authorities are encouraged to develop halal medical products," Moeloek explained.

She asserted that the OIC member countries should enhance their national health programs to free the people from diseases as expected in the Sustainable Development Goals (SDGs).

The need for an effective and strong drug control system should also be met to ensure the availability of qualified drugs and also to ensure that all people get access to affordable medicines, she elaborated.

According to her, strengthening the cooperation among medicine regulatory authorities of the OIC countries, along with partnerships with stakeholders, is very important.

"Islam requires people to help each other. The implementation of this value makes Islam great. Therefore, the OIC countries are expected to support each other in improving public health system. Solidarity is also needed for poor and those in conflicting countries in the Middle East. Hopefully this forum will answer the challenges in the medical and health sectors," Moeloek pointed out. (Masdar)
Tags: OIC
Bagikan: