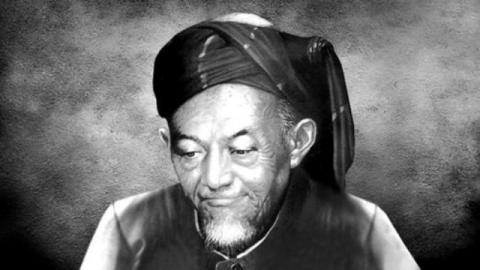 KH. Hasyim Asyári
KH. Hasyim Asyári
As narrated that when KH Hasyim Asy'ari taught the hadith, it was later known that one of his santri was a prminnet cleric KH Cholil Bangkalan who was taking part in the recitation. Yes, his expertise in the field of hadith is recognized by his teacher. Even Mbah Cholil did not hesitate to learn about the science of hadith to Kiai Hasyim Asy'ari.

After the recitation of the hadith was finished, the entire santri moved away, including Mbah Cholil Bangkalan. An unpretentious scene and tawadhu are seen, namely when Mbah Cholil was about to reach his sandals. However, Kiai Hasyim Asy'ari managed to grab his teacher's sandals. Then he put it on both feet of Mbah Cholil with respect.

The founder of the jami'yyah Nahdlatul Ulama, according to KH Saifuddin Zuhri's notes in Berangkat Dari Pesantren (2013: 202) which he obtained from the scholars of Tebuireng alumni, Hadhratussyekh KH Hasyim Asy'ari - like most scholars in Indonesia - belonged to the experts in Islamic jurisprudence (fuqaha). This means that he has a broad interesting and is very excellent of Islamic sciences.

In addition, according to Kiai Saifuddin Zuhri, he is also known as a scholar of hadith. It has become such a routine habit every month of Ramadan, Hadhratussyekh read the hadith of al-Bukhari, containing a collection of as as many as 7,275 hadith of Prophet Muhammad (PBUH).

Many scholars coming from various corners of the country had to stay in Tebuireng during the month of Ramadan to listen to the hadith read by KH Hasyim Asy'ari. His expertise was seen not only when he read the hadith carefully and quickly, but also when Hadhratussekh contextualized the dynamics of life and the changing times.

Zuhairi Misrawi in Hadratussyaikh Hasyim Asy'ari: Moderasi, Keumatan, Kebangsaan (2010) is one of the owners of the Sanad of the Hadith of Shahih Bukhari and Shahih Muslim. This shows that KH Hasyim Asy'ari had memorized thousands of hadith obtained from his teachers with clear scientific sanad. The genealogy or sanad of a book cannot be certified to someone who does not master and understand the book.

In term of KH Hasyim Asy'ari who could memorize thousands of hadiths, it was confirmed by Rais Syuriyah (chairman of lawmaking body) of Central Java Nahdlatul Ulama (PWNU) KH Ubaidullah Shodaqoh (2019). Even according to Kiai Ubaidullah, the wisdom of KH Hasyim Asy'ari approached the ranks of a mujtahid. Mujtahid can be said to be the ones who with their high and complete knowledge, have been able to explore and deduce Islamic laws from their original sources such as the Qur'an and Hadith.

Although memorizing thousands of hadith and their wisdom approaching the mujtahid level, KH Hasyim Asy'ari still gave room for deliberation with clerics (kiai) in Java and Madura such as when he initiated the Fatwa of Jihad Resolution on October 22, 1945 in order to fight Dutch military aggression II.

Though KH Hasyim Asy'ari rahimahullah memorized thousands of hadith and his wisdom approached the mujtahid level, to announce his Fatwa of Jihad Resolution October 22, 1945, he still invited Javanese and Madurese Muslim scholars. This is an example and form of tawadhu 'attitude because the context of the struggle at that time needed ideas, thoughts, and collective struggles of all elements of the nation.

Regarding the sanad of Shahih Bukhari and Shahih Muslim held by KH Hasyim Asy'ari, R. Ahmad Nur Kholis (2017) revealed the order of the two books of hadith from the book of Kifayatul Mustafid lima 'ala Minal Asanid by Syekh Mahfudh Termas (prominent Muslim scholar from Pacitan), one of KH Hasyim Asy'ari's teachers while studying in Makkah. The following is the order of the sanad:

The sanad of shahih Bukhari

The Sanad of Shahih Muslim

The following is the book of the Shahih Muslim from KH Hasyim Asy'ari to the author of the book: