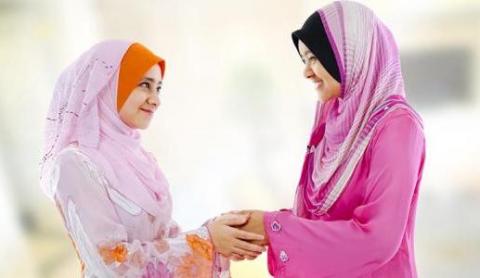 Ahead of the Idul Fitri, Muslims are preoccupied with their new clothes according to their specific taste and financial condition. As if wearing new clothes on the holidays has become an inevitable necessity. In Islam there are such sources as hadith, atsar, and ulema consensus supporting the wearing of new clothes. One of them is the following hadith:

Narrated by Al-Hasan bin Ali RA, he said, "The Messenger of Allāh has ordered us on two Eid holidays to wear the best clothes we found," (Al-Baihaqi and Al-Hakim).

Another hadith tells us about a friend of Ibn Umar RA wearing good clothes on the holiday.

Then the hadith, atsar, and the ulema ijtihad encouraging the wearing of the best clothes on this holiday are interpreted as a call to wear new clothes as said by Sheikh Ahmad bin Ghunaim An-Nafrawi (d. 1126 H / 1714 AD), "What is meant by "good clothes" (which is circumcised) on holidays are new clothes, though they are black. "(See Ahmad bin Ghunaim An-Nafrawi, Al-Fawakihud Dawani, [Maktabah Ats-Tsaqafah Ad-Diniyyah: juz II, page 651).

Then what is the wisdom behind encouraging Muslims to wear new clothes during the holidays? There are at least three things: first as a form of gratitude for all the blessings that God has given; second to glorify the feast days; and third to glorify angels present (around humans) on holidays.

"And one of the expressions of gratitude (to Allah) is to wear the best clothes on the Idul Fitri," (See Muhammad Thahir bin 'Asyur, At-Tahrir wat Tanwir, [Tunis: Darut Tunisiyyah: no year], juz II , page 177).

"Prompts on wearing good clothes on Fridays and holidays are necessarily to glorify these times, not to look good in the human view; or to glorify angels present (around humans) at these times," (See Abu Sa'id Al-Khadimi, Bariqah Mahmadiyyah, juz II, page 440).

These are the three wisdoms encouraging Muslims to wear new clothes on a holiday which should be paid attention and taken into account, not because of reasons to show off and be hasty in front of people. Wallahu A'lam.