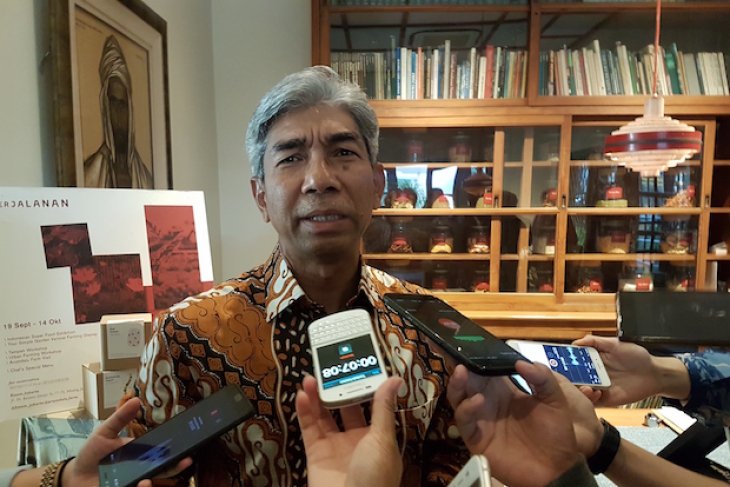 Yogyakarta, NU Online
Indonesia`s Deputy Foreign Affairs Minister A. M. Fachir encouraged the Nahdlatul Ulama (NU) and other Muslim organizations to remain the glue that holds diversity together and promote the face of tolerant Islam in the international arena.

"NU and Muhammadiyah must continue to be the glue that holds diversity together and at the same time demonstrate to the world that Islam in Indonesia is not an intolerant religion but instead one that is able to maintain plurality," Fachir remarked while giving a keynote address at an International Seminar titled "Indonesian Islam in Global Stage: Inspiration for Peace of the Archipelago for the World" at the Senate Hall of the Gadjah Mada University (UGM) in Yogyakarta, recently.

According to Fachir, NU and Muhammadiyah are the two largest Islamic organizations in the world that have proven to be able to unite the concepts of nationality and nationalism or at the same time nationalism and Islamism. This, he believes, should be maintained since lately there are nuances to contrast the two aspects.

"In the history of Indonesia, the founders of our nation have decided that nationalism and Islam can go hand-in-hand," was quoted by Antara news agency as saying.

He noted that not many countries have been able to take care of the aspects of plurality and Islam in tandem. Several Islamic countries in the Middle East experience endless civil war conflicts, as they failed to care for national unity while at the same time unifying the two aspects.

"Short-term economic and political interests should not undermine the unity of the Indonesian nation that we have been fighting for so far," he noted.

According to Fachir, in addition to showcasing the face of Islam, which is rahmatan lil alamin, Indonesia can also become a model of civilization as well as the largest Islamic education center in the world.

"Indonesia must be the center of Islamic education, which is why we set up an Indonesian International Islamic University. This is our great work, as a nation, to make Indonesia the center and model of the world`s Islamic civilization," Fachir added. (Masdar)