Kiai Ma'ruf: Santri could be whatever they want 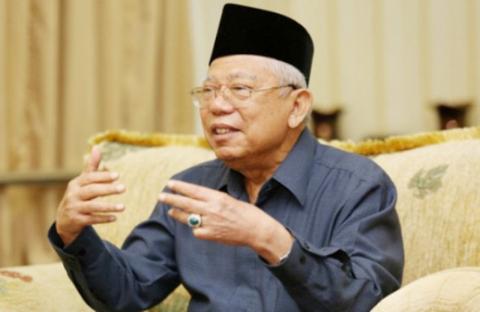 KH Ma'ruf Amin
KH Ma'ruf Amin
Bagikan:
Jakarta, NU Online
The Advisory Board of Nahdlatul Ulama (NU) KH Ma'ruf Amin advised the students not to feel discouraged in looking at the future. According to Kiai Ma'ruf, santri could be whatever they want to be.

"Santri could be anything. They could be clerics, regents, vice governors, ministers. This is the Minister of Research, Technology and Higher Education HM Nasir is also a santri, he becomes a minister. He is the only minister who could memorize alfiyah," said Kiai Ma'ruf when giving a speech at the commemoration of 126th haul of Sheikh Nawawi al-Bantani in Tanara, Serang, Banten, Friday (28/6).

In fact, he continued, santri could become vice president like him. He said that as a child he was educated as a santri to become a cleric. His knowledge made him as supreme leader (Rais Aam) of NU and General Chairman of the MUI. However, he said, Joko Widodo had now invited him to jointly develop the country through the government.

"So I have become a cleric, (later) turned into umara (government official)," he explained, followed by the laughter of the audience.

Then he put forward the task carried out by ulama and umara. According to him, ulama have the duty to build religion. Whereas Umara is in charge of building benefit and eliminating damage and danger both physically and non-physically.

"Now on my shoulders I have added more duties. In addition to having the responsibility as ulama, I now also assume responsibility as umara. Hopefully I can follow in the footsteps of the ancestors, including the Banten sultan Maulana Hasanuddin," he said.

According to him, besides being a cleric, Maulana Hasanuddin was also known as umara. Through his service and struggle, Banten became an area known abroad.

"Therefore, I ask for prayers from all the kiai, the santri, the community so that I can carry out my duties well in addition to being able to carry out those responsibilities for the good, benefit, progress, and welfare of the entire Indonesians," he said.