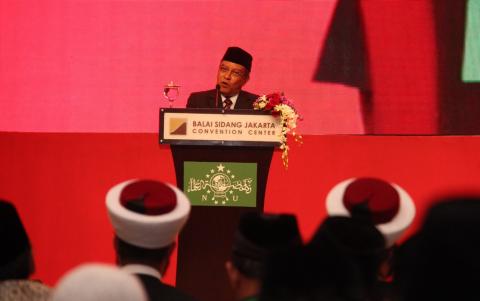 Jakarta, NU Online
General Chairman of Nahdlatul Ulama (NU) KH Said Aqil Siroj, popularly known as Kang Said, strongly criticized the pattern of religiosity in the Middle East for always being trapped into ongoing conflict, saying the main factor was the absence of a harmonious relationship between nationalism (wathaniyah) and Islam in the region.

He made the remarks at the International Summit of Islamic Moderate Leaders (Isomil) in Jakarta Convention Center (JCC), Jakarta, Monday (9/5), adding that patriotism could unite any different groups whose religious understanding is different from one another.

Kang Said also expressed his concerns over the turmoil in the Middle East for showing civil war cruelly and brutally between fellow Muslims as if Islam is not a religion of humanity.

"O Arabs, why do you feel awkward to say that Islam is a religion of humanity? Because in your own country, there has still been a civil war," he said.

He said that in most Islamic countries and the Arab there was a polarization between religion and nationalism so that religious scholars are generally weak in terms of the spirit of nationalism, adding there had been many prominent Muslim scholars in the Middle East such as Sayyid Qutb, Said Hawa, and Hasan al-Banna, but unfortunately they did not have a strong nationalism. While on the other hand, there had been many nationalists having no adequate spirit and Islamic insight.

"But in Indonesia there is (a prominent figure) Shaykh Muhammad Hasyim Asy'ari. He is pious but is also very nationalistic," he said.

The man earning his Ph.D degree from the Makkah's Umm al-Qura University explained the ideas of Hadratussyekh Muhammad Hasyim Asy'ari. The NU's founder, he said, managed to unite a pluralistic society through the concept of brotherhood that consists of so-called ukhuwah wathaniyah and ukhuwah basyariyah.

He said, Hadratus syekh was considered to have been successful in propagating Islam with a national paradigm in the country that has still been preserved until now. In the cultural sector, Hadratus syekh managed ot propagate Islam while respecting the cultural diversity and local wisdom. Any tradition and systems of belief could be maintained and preserved as long as it is not opposed to the teachings of Islam.

According to Kang Said, Indonesia is a concrete example of the true face of Islam that is capable of dealing with nationalism. Pancasila formulated by the Muslim majority has become the determining factor of unity in the island nation comprising some 250 million people.

"Indonesia is not the Islamic state (diniyah) but is the one recognizing religion (mutamaddin)," he said.

Isomil held on 9 -11 May 2016 was opened by Vice President Jusuf Kalla, on Monday (9/5). Present at the occasion were General Chairman of Lawmaking body (Rais Aam)  of NU KH Ma'ruf Amin, representatives of the Regional Board of Nahdlatul Ulama (PWNU) throughout Indonesia, and Muslim scholars from some 35 countries. (Masdar) 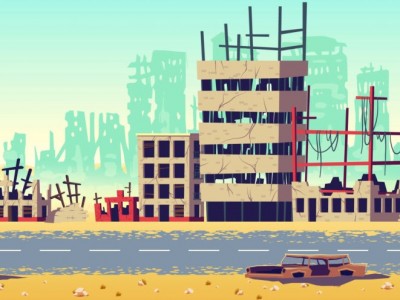