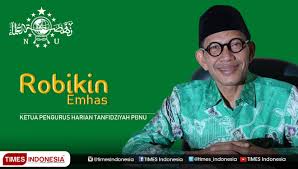 Bagikan:
Jakarta, NU Online
Chairman of Nahdlatul Ulama (NU) Robikin Emhas allowed the 212 Alumni Brotherhood or PA 212 to hold the 212 Grand Reunion. However, he hoped the group would not politicize religion.

“If the activity is intended as a gathering, go ahead,” Robikin was quoted by Tempo.co as saying in a broadcast released to reporters on Thursday (29/11).

Robikin’s statement responded to the plan of PA 212 to hold a reunion on Sunday (2/12), at the National Monument (Monas).

The spokesman for PA 212, Novel Bamukmin, said the main agenda of the reunion was to raise a million Tawheed flags. He allows no political agenda in the reunion.

Robikin said that the 212 Grand Reunion is allowed if the aim is to strengthen the brotherhood of Muslims (ukhuwah Islamiyah) since it is in accordance with the religious teaching.

However, Robikin continued, the reunion is not a medium for delivering hate speech and fighting.

“It is highly important to preserve a good manner,” he said.

In terms of diversity, religion is an inspiration, not aspiration. It is also not a medium to gain votes in electoral politics, he added. (Masdar)
Tags: Muslims
Bagikan: